Before following the rest of the Mighty Nein into the threshold vault, Beau stops Yasha in the hallway. She tells her how nervous she is, because she read the letter that Yasha gave her. It was great, and she’d really wanted to talk about everything sooner but they kept having houseguests. Beau is pretty sure they might die soon, so she asks Yasha out on a date, which Yasha happily accepts. Beau wants to start over with Yasha, a second beginning. Yasha agrees and tells Beau that she likes her, a feeling Beau reciprocates. They decide to have their date tomorrow night in the tower, so long as they don’t die.

They rejoin the others and the Nein investigate the chamber, which is nearly identical to the one in A5, all the way up to the blue crest embedded in the ceiling. Caleb discovers a robot that was crushed by rubble, one of a more intricate design than Little Willi, the construct they built in Halas’s workshop. As they ponder how to get the crest out of the ceiling, a 15ft automaton comes charging through at the top of the stairs. The massive centurion has a red gem in its face, with a damaged body and one arm that ends in a terrifying barbed lance.

Jester casts banishment, giving the Nein time to prepare for the automaton’s return. Veth casts levitate on Yasha, so she and Caleb’s cat’s ire claw can attempt to get the crest out of the ceiling. Though they loosen it, they are not able to free it before the automaton returns. After a mighty Divine Smite, Fjord is harpooned by the automaton’s arm lance, though Caleb uses cat’s ire to free him. Jester banishes the automaton again and Yasha successfully pops the crest out of the ceiling, allowing cat’s ire to catch it. The automaton returns, piercing Beau with its lance while a well-placed arrow from Veth causes some severe inner circuit damage on the construct before she is attacked by her own crossbow.

Finally, it is Caleb who takes the centurion down, with a mighty punch via his kaiju cat claw. Jester removes the red gem from its head while Caleb locates its power source – the same power source he needs for the anti-magic collar he found in Halas’s sphere. Caleb takes ten minutes to put the gem, the power source, and the crest in his amber vault. While he casts, Veth talks to Yasha – she’s impressed by how she got the crest out of the ceiling. Veth suggests that the two of them hang out for some bonding time tomorrow night. Yasha defers, saying she has important plans. Veth is undeterred, intent on treating Yasha to a night of fun.

Beau thanks Caduceus for his healing assistance on the battlefield and asks him about the forest. Cad was raised to protect and respect life and death and he knows there are things out there that are perversions of death. But that forest mocks life. He wants to burn it on the way out. Caduceus doubts that the crest can be broken, but the lava river could be used to test whether it can be destroyed. Jester talks to him about the forest as well, affirming a mutual desire to avoid it and burn it on the way out. They search for another way out of the arboretum, but the only open passage contains another magical hallway that Caleb can’t dispel. Instead, he polymorphs into an owl and takes everyone back up to the rope at the ceiling, allowing them to leave the way they came in.

Before she and Caleb depart up the rope, Jester casts fire storm at 7th level, starting an intense forest fire. Black smoke follows them up the ventilation shaft, but the Nein emerge in the laboratory safe and sound. They can hear a terrible screeching coming from the burning forest – something is dying. Jester and Cad agree that the forest couldn’t be saved. This was the closest thing to kindness. They return to the off-kilter door that exits from the laboratory. Surprisingly, it is Fjord (with Caleb supporting) who manages to get the door back into place this time.

DIPPING A TOE IN DECEIT

They return to the main entrance, looking for Iver. When he asks about what they found, Caduceus attempts to lie, telling him they were unsuccessful in their search. His attempt at deceit surprises the party and Iver sees right through it, making him immediately distrustful. He asks about his missing party members – the Nein are cagey, telling him that his party is dead, but that *they* definitely didn’t kill them. Iver is in full panic mode as they attempt to calm him down. He leaves up the rope as they discuss erasing his memory or killing him, and when Beau attempts to follow, he cuts the rope on her.

Frustrated, Fjord casts fly, beating Iver to the top and intimidating him into staying with the Nein for now. Fjord takes some rope down and the rest of the Nein successfully exit A2. Dagen warns that a storm is coming, so they hike an hour away from A2 before Caleb casts the dome. They try to make Iver more comfortable – Jester plans to modify his memory in the morning. Veth talks to Beau about Yasha, telling her about “their” one on one plans tomorrow and asking Beau for suggestions on what Yasha likes, to make her feel welcome. Beau is unamused, suggesting that Caduceus could also use some extra welcoming. Veth thinks this is a great idea and suggests Beau do something with Caduceus. Beau would prefer a family night.

Fjord and Jester take first watch. As hail coats the dome, Fjord suggests having the next watchers stick their heads out to keep watch, since their view is obscured. Towards the end, Jester pulls out the tarot cards. She draws a new one with Caduceus in the center – the bottom has beautiful trees, labeled Growth, and the top has a corrupted forest, labeled Rot. She expresses her hope that they can help Cad make things better at his home. Caleb takes his watch, using Frumpkin to check outside. He also takes time to recognize the new closeness between Jester and Fjord.

On Caduceus’s watch, he uses Frumpkin as a quick periscope before Caleb goes to sleep. 6 hours into this watch, Caduceus sticks his head outside and sees Lucien and the Tombtakers sitting in the snow, waiting for them to wake up. Caduceus wakes the others, warning them, then sticks his head back out to chat with Lucien. Cad tells him he had a rough day yesterday and Lucien agrees, complaining about his exhaustion from chasing these overachievers. Caduceus asks if he went down to A2, but Lucien didn’t have to – he knows they have the crest, so just followed them here. He asks what Cad’s deal is, but Caduceus doesn’t know anymore. He knows he’s supposed to do something for the world but isn’t sure what it is yet.

Meanwhile, the others are desperate for two more hours of sleep to finish their long rest. They try to stall Lucien, but he dispels the dome, blanketing the party in snow. Jester and Caleb attempt to keep sleeping while the others talk to him. Lucien wants them to hand over his crest, but the Nein refuse. He doesn’t understand why they went to go get it in the first place, but Fjord tells him they just wanted to have a card to play. Lucien could go and get another crest – it’s an inconvenience but it’s not impossible. Everything else he needs is in Aeor itself.

Lucien explains that he’s not here to pick a fight. He wants the crest and is giving them the opportunity to help him. He was surprised they jumped ahead, rather than follow. Veth implies negotiating, but Lucien asks what they want, if this is a negotiation. Fjord thinks they could travel with the Tombtakers and Lucien can tell them about his plan. Fjord gambles, saying that yes, Lucien could go get another crest, but it could be the wrong one. He needs the crest that the Nein have, and Fjord would like to see the whole plan – or at least get a hint about it. Lucien and the Tombtakers agree to let the Nein tag along. Iver heads off to Balin Post, memory still intact, and Lucien tells everyone to finish up their rest. There is much to discuss on the road to Aeor.

That is it for Episode 120 of Critical Role!

Anyway, catch Episode 121 on Thursday, January 14th at 7pm Pacific on twitch.tv/criticalrole, or a week later on our podcast. Is it Winter’s Crest, yet? 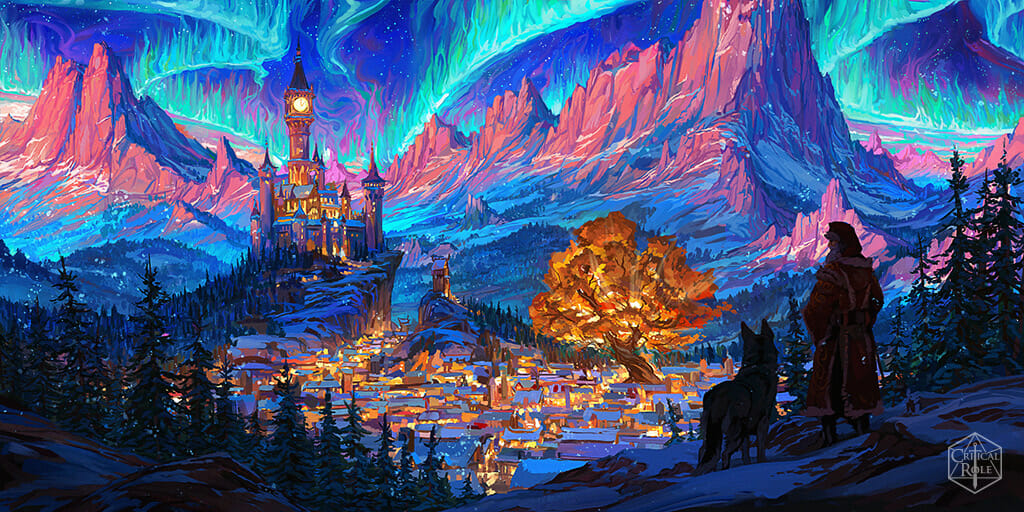