Prepare to dive into a brand new adventure, with Critical Role: Call of the Netherdeep, our first ever Dungeons & Dragons module with our friends at Wizards of the Coast! Physical versions of Critical Role: Call of the Netherdeep are available RIGHT NOW in the Critical Role US Shop, local book and game stores, Amazon, Barnes & Noble, Books-a-Million, and elsewhere. Digital versions of the book are also available via D&D Beyond and Roll20.

In Call of the Netherdeep, you’ll embark on an epic campaign taking players from levels 3-12 as they swirl through strange underwater locales, mysterious ruins, and an intrigue-filled city! This uniquely-structured adventure module pairs you alongside rival adventurers, who grow in capability alongside you. In the oasis city of Ank’Harel, three secretive and powerful factions offer their own story tracks, and with sufficient trust they will invite you into the deeper secrets of the city, and beyond. Alongside seven chapters of adventure, Call of the Netherdeep includes rich resources like a poster map and a gazetteer bringing Ank’Harel to life—stroll district-by-district with gorgeous illustrations and maps! What choices will you make with your discoveries in the mind-bending aquatic abyss of the Netherdeep?

This far-flung campaign of underwater adventure, bustling city intrigue, and ancient secrets is a mosaic of breathtaking creativity from a star-studded team of writers composed almost entirely of non-binary and women writers: Makenzie De Armas, LaTia Jacquise, Cassandra Khaw, and Sadie Lowry. Led by our own Matthew Mercer, James J. Haeck, and D&D’s Game Design Architect, Christopher Perkins, Call of the Netherdeep is a distinctly Exandrian experience and an innovative D&D adventure module in its own right. When you’re plumbing the depths of the ocean, oftentimes your lamp is your only friend amid the darkness—which is why we immediately wanted to make a creature that could wield that light against you.

The light devourer is based initially on an angler fish in design, with a terrifying Bite attack filled with needle-like teeth. We then toyed with various iterations on the concept of magical bioluminescence before settling on a creature that could absorb light from its environment, then discharge it in combat. 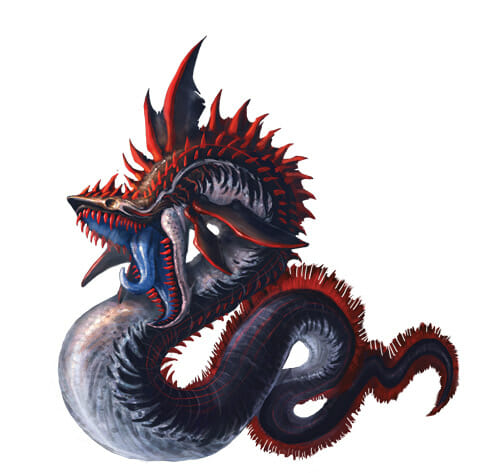 I am a firm believer in the notion that the most terrifying monsters are the ones that have a basis in reality, and the slithering bloodfin is the epitome of that idea. When designing the bloodfin, I drew inspiration from moray eels and venomous sea snakes, creating a serpentine aberration that dislocates its jaw to swallow its prey whole. Add on top of that the magical capability to siphon life from its prey to heal its own wounds, and you have one terrifying undersea encounter. I also drew on real-life inspiration to create the sorrowfish—but not from the place you might expect. In my personal life, I grapple with depression and burnout, and while some people use fantasy as a means of escape from those struggles, I find incredible catharsis in actualizing those struggles into a campaign and confronting them; being able to dissect those overwhelming feelings into concrete game mechanics reminds me that said feelings aren’t as unending and unbeatable as they might seem.

The sorrowfish encapsulate how I feel on some of my lowest days: low energy, unable to move, and constantly feeling like I’m rolling at disadvantage. But, like in real life, you can rely on your other party members to help pull you out of the swarm and get through the fight.

As exemplified by Makenzie’s insights, this entire book was a massive labor of love. Massive thanks to Makenzie along with the rest of the design team!

We would be remiss to celebrate this book without celebrating all of the incredible artists who breathed life into the pages. Check them out below!

With all that said, we are thrilled to have this book out in the world and can’t wait to hear about all of the stories you tell with it. Get a copy of Critical Role: Call of the Netherdeep for your table at the Critical Role US Shop or check out D&D’s page for other store options.

Tagged as 5e Call of the Netherdeep Wizards of the Coast 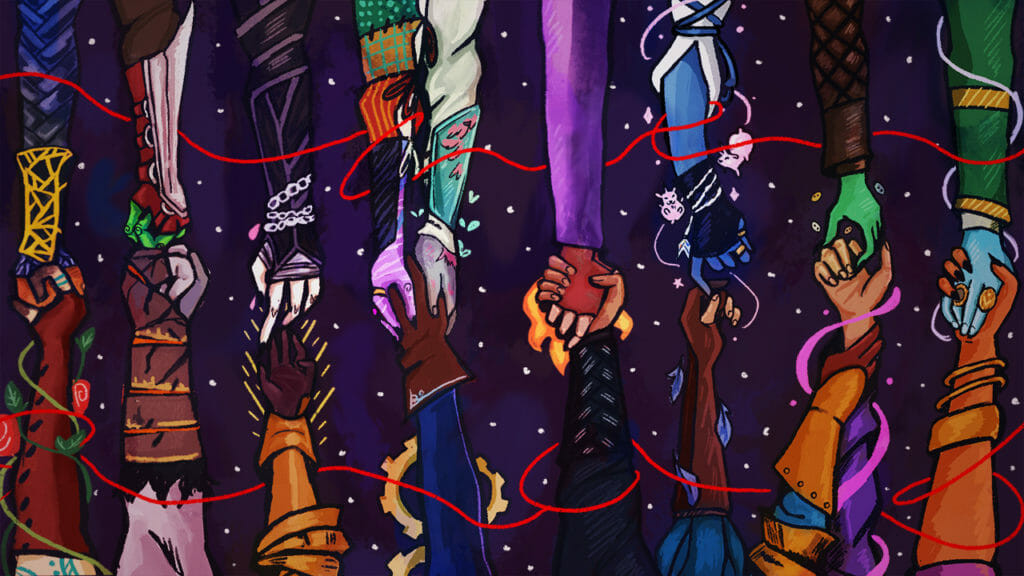