A PLAN IN HAND

The Mighty Nein join Beau and Yasha for breakfast and water slides, with Beau and Yasha thanking Caleb for his work on their date. Ready to move forward, they meet up with Astrid at the Soltryce Academy. Astrid has uncovered where the bulk of the unused anti-scrying amulets are – they are kept in a small vault under the northwest tower on the grounds of the Vergessen Sanitorium. She would go herself, but she can’t unlock the vault and being there without Trent would be suspicious. She recommends that the Nein go to the Vergessen Sanitorium during the day as night is when Trent spends his time there.

Caleb asks if this information has a cost. She tells him it’s the meager start of an apology. They are both hopeful that Caleb can report back by the end of the day with good news. Astrid tells him to be careful, to not make a fuss, and to be in and out quickly. Astrid leaves a wooden box on the bench, telling him its contents are self-explanatory. She leaves, giving Caleb one backwards glance.

Within the box are three folded pieces of paper. Caleb pockets them, leaving the box behind as he meets up with the Nein. They examine the papers, which are hand drawn floor plans. One is a base floor, with two entrances and a descending staircase. The second is a basement level, with red glyphs drawn on the ground – a note from Astrid explains that she marked the wards Trent dispels when passing through. The third is a small vault that contains the amulets.

Caleb recalls the Sanitorium. It’s full of trained guards – he had to kill someone when he escaped the first time. The courtyard is surrounded by a high iron fence and is patrolled by multiple guards. The Vergessen Sanitorium is supposedly a place to help people undergoing mental and emotional challenges, but it is a front for Trent’s more dubious actions.

They decide to split into two teams, a lookout team (Team Outie) and a break in team (Team Firestorm.) They want to go as fast as possible, because when things go wrong, the tower will be descended upon. Veth suggests Team Outie makes a distraction on the outside but they’ll save that for an emergency. Caleb teleports them to the woods, with Caduceus and Jester planning to use word of recall on both teams once the amulets are in hand.

They head through the woods and locate the Sanitorium, scoping out the guards as they walk. For their teams, they need to split Jester and Caduceus for word of recall and Caleb wants Veth inside for lockpicking, but that leaves Team Outie without messaging. They decide to send Caleb, Jester, and Veth inside. Veth will cast message every few minutes to check in – code words are ‘licorice’ (come save us); ‘sarsaparilla’ (good); and ‘red hot’ (leaving at high speed.)

Ready to infiltrate, Fjord casts arcane gate, a new ability that makes an invisible teleporting archway. He places it against the side of the tower so Jester can lean through and paint. She paints a magical trapdoor on the wall near the ground, allowing herself, Caleb, and Veth to crawl through. Beau silently scales the wall to the roof to discover a guard with a crossbow. He’s luckily asleep at his post, but Beau is stuck.

Team Firestorm heads downstairs, coming upon a guard. Jester charms him with fast friends. She learns that his name is Kymie, there are other guards in the other rooms, they don’t have secret codes, and the guards switch off at sundown for dinner in the barracks. Jester asks him to keep an eye out and to distract anyone who comes down. She keeps talking to him, telling Kymie about the Ruby of the Sea as Caleb and Veth investigate the hallway.

Caleb dispels the first glyph they come across. Veth peers through the door and sees a guard at the end of the hall – she fires a bolt at him, but the shot doesn’t kill him. Caleb casts gravity sinkhole on the guard, pulling him to the ceiling and crushing him. The crumbled remains hit the ground, making a lot of noise. Veth attempts a silent image to fool the guard walking in, but he sees through it, causing Caleb to cast another sinkhole on him, crushing him as Veth shoots.

Jester tearfully tells Kymie to sit at the table with his eyes closed and she joins Caleb and Veth as they kill the last two guards in the armory. Jester puts all the bodies in this room as Veth unlocks another door, finding a laboratory and a mage. Veth asks the mage to not attack them, as she is traveling with a murderer, but then runs at him with shocking grasp. The mage casts fireball, with Caleb casting a fireball right back. His burned body falls down the stairs and hits a sigil, sending out a wave of electricity, injuring Veth.

Caleb cleans up the fire while Veth messages Yasha, telling her that Team Firestorm has caused a firestorm and to be ready with word of recall. Meanwhile, Beau is on the roof with acid vials, preparing for this guard to wake up. She feels the rumbles underground from the two fireball spells and when the guard stirs, she grabs him and pours acid down his throat before snapping his neck. She sees a guard running away from the tower and signals Team Outie, alerting Fjord. They need to prepare to get the others out.

As Team Firestorm leave the laboratory (which is full of torture devices,) Caleb dispels the last sigil and they enter the room. He sees a magical film filling a corner of the room – when he casts dispel magic at 5th and 6th levels, the field remains. He recalls Astrid saying Trent dispelled these glyphs himself, so wonders if it’s connected to him. Jester throws the charred mage at the barrier – when his body bounces off, they realize it’s a wall of force.

Unable to get rid of it, Jester casts dimension door on herself and Veth, bringing them into the vault. Meanwhile, Team Outie notices guards rushing up to the tower, who are being led by Trent Ikithon himself. Fjord casts marine layer to hide Team Outie from the guards, then major image of a red dragon attacking the fence. The guards race after the illusion, but Trent looks at it and keeps going, bamfing away from the courtyard.

Jester casts locate object and finds a case full of amulets. She grabs it, and she and Veth look around the room for anything else. Veth unlocks a container that’s filled with blue crystals. She grabs a few crystals and then Jester dimension doors them back to Caleb. Veth messages Yasha ‘red hot,’ indicating that they should teleport, but Beau is still on the roof and can’t see their signal through the fog. Beau jumps off the roof and stays near the painted trapdoor.

Jester grabs Caleb and Veth and casts word of recall – but it doesn’t work. They hear a voice telling them how extremely curious this is and turn to see Trent Ikithon at the top of the stairs.

That is it for Episode 127 of Critical Role!

Anyway, catch Episode 128 on Thursday, March 4th at 7pm Pacific on twitch.tv/criticalrole and youtube.com/criticalrole, or a week later on our podcast. Is it Thursday, yet? 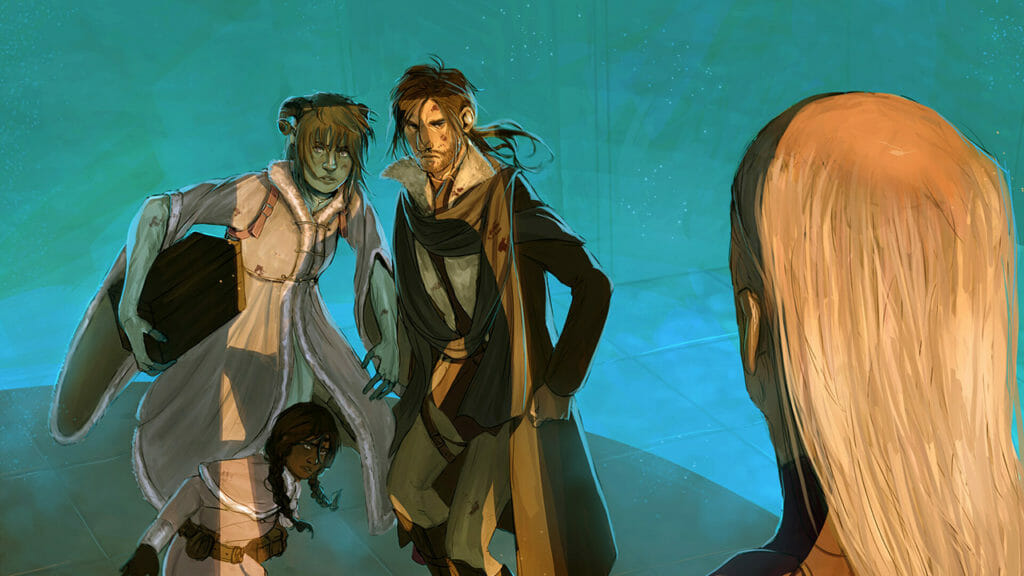 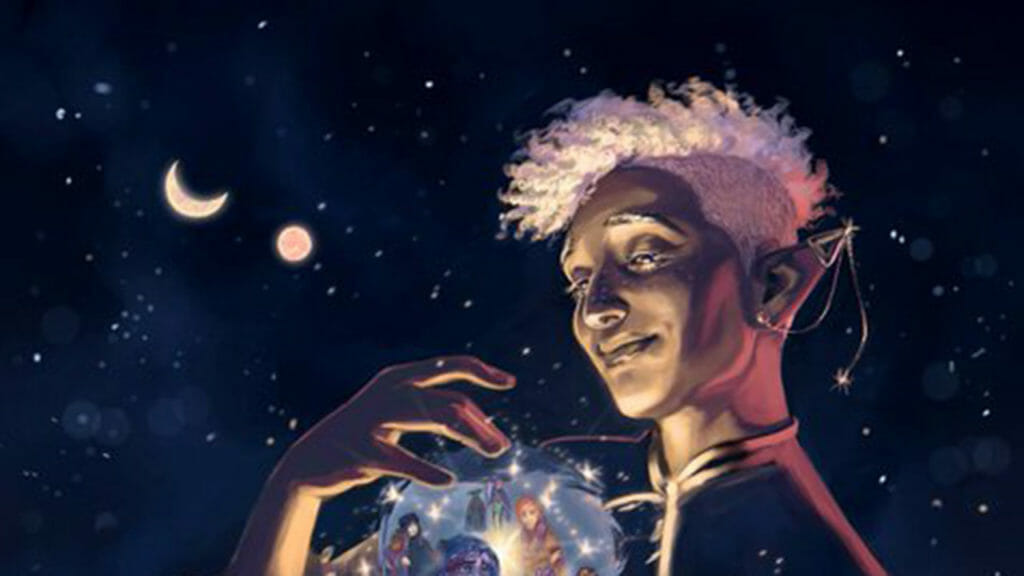