Bells Hells are immediately thrust into late night combat with a large fey plant creature using a fake fairy on a vine to lure and incapacitate victims. Imogen and Fearne wake everyone up as Ashton is swallowed by the creature, though he is able to break out of its body with their combined powers of strength and a big hammer. Imogen cleverly uses a twinned catapult to slam two boulders into the creature, but her usage of Metamagic activates her Feywild Shard’s wild table shenanigans and causes Imogen’s skin to turn blue.

The plant swallows Laudna, who gets knocked unconscious within its innards. Her cling to life ability gives her back a hit point and she hears Delilah’s voice in her head, telling her there is still much to do. Laudna crawls out of the plant through the opening that Ashton had already made. FCG is the next to be swallowed, but Chetney’s wolfen attack causes the plant to spit him out. FCG retaliates by killing the creature with their buzzsaw. The plant is then lit on fire to finish it off entirely.

Everyone notices Imogen’s new blue hue. They wonder if it was caused by one of her two fey crystals. She’s comforted by the fact that it seems to just be affecting her skin and she doesn’t feel sick or different. She decides to try and sleep it off and the party returns to a night’s rest. Imogen is still blue in the morning, but FCG thinks he can fix it the next day with a spell.

While Chetney investigates (and disturbs) a poisonous fungi, Imogen and Orym inspect a strange rock. It appears to be the remnants of an ancient, pre-Calamity pillar that landed in the area. It is elvish architecture and Orym recalls that there was once a flourishing elven and orcish city that was wiped out by a Betrayer God during the Calamity, turning that section of the continent into a desert. This pillar could be debris from that destruction.

Returning to the road for their final day of travel, Bells Hells come across a rest area as the jungle turns more marsh-like. Five figures are finishing their camping. They’re a hunting troupe made up of a hairless male katari, a human female with a drum, a male goblin, and a female firbolg, led by a silver dragonborn named Hutchin. Bells Hells introduce themselves as a jack of all trades group as FCG casts detect thoughts on the katari, which Hutchin notices. The katari is feeling protective and defensive, keeping an eye on the newcomers.

This group is also headed to the Hamlet, so Orym offers to travel with them, for safety in numbers. They agree, though only to traveling in tandem at a distance, close enough to call for help. Fearne asks if they have any fun trinkets to sell, so Hutchin and the firbolg, Tejana, show her a bracelet they found outside Evishi with multiple uncut gems. Ashton buys the bracelet for 20 gold, giving it to Fearne.

LAY OF THE LAND

Traveling ahead of the other group, Bells Hells come upon the south side of the hamlet and a guarded gated bridge. The guards direct them to Dry Dock Stables for the horses and suggest Sodden Grange Inn in Etan’s Square as a place to stay. Bells Hells board their horses at the stable and go to the inn, where they meet Dobby Kingsman, the halfling proprietor. He tells them the Twilight Mirror Museum is a bit of a tourist trap run by the eccentric Evon Hytroga. He also lets them know that Estani’s home, Mosslight Manor, is in Blue Herald’s Hill.

Bells Hells head to the museum first to check in. Evon Hytroga is as Dobby promised, an extremely bombastic person who is delighted to start the challenge once the second group arrives. He refuses to let them tour the museum first and tells them that the event will take place at midnight tomorrow. Everything is to remain a complete mystery until then. Evon notices the glass portion of Ashton’s head and assumes them to be who robbed Jiana, but they deny this.

With that out of the way, the group heads to Estani’s. Imogen is overwhelmed at the possibility of talking to someone who might have answers about her mother. Estani is an older uniya gentleman who welcomes them as friends of Oshad Breshio. He invites them inside so they can get to know each other.

That is it for Episode 18 of Critical Role!

This week, catch Exandria Unlimited: Kymal Parts 1 & 2 this Thursday, March 31st and Friday April 1st at 7pm Pacific on twitch.tv/criticalrole and on youtube.com/criticalrole or a week later on our podcast. Episode 19 of Critical Role will air on Thursday, April 9th! Is it Thursday yet? 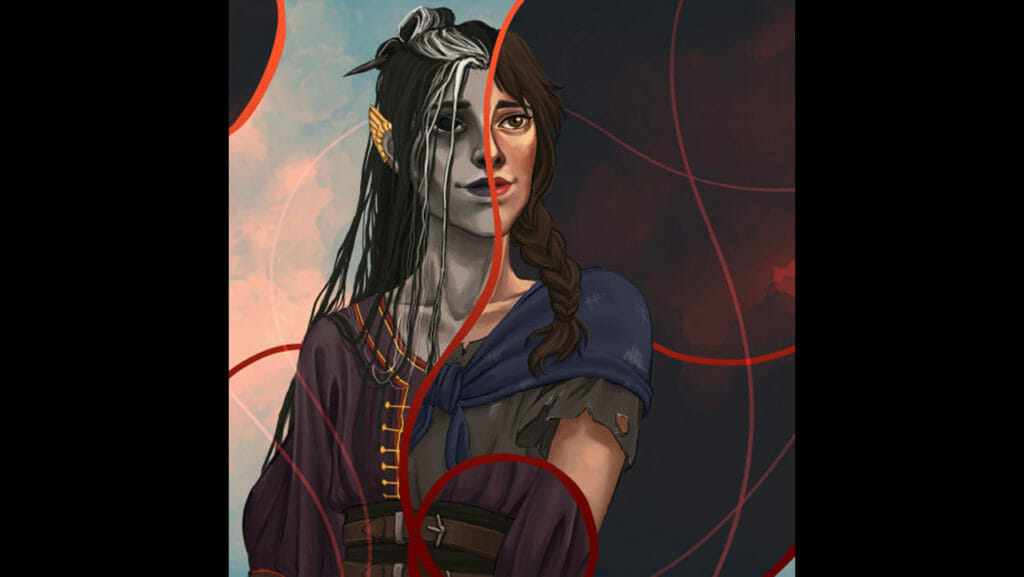