Within Mother’s mine chamber are two listless, husk-like figures standing over a strange, unfinished machine. There’s a small hoard of coins and gems surrounding another device, similar to an orrery, that holds a purple crystal. Mother’s long, slug-like body hugs the tall walls, which are lined with open cocoons and tunnels that wind up and into the spire. It is clear that this is the shade creepers’ epicenter.

Mother detaches from the long tail of her slug form and crawls down the wall, looking for Chetney, but unable to find the invisible gnome. He hears her voice in his head, welcoming her prospective child. Chetney returns to the group and describes the scene in the chamber. Mother speaks to all of them in their minds, calling herself the Shade Mother. She wants family – to share her love and epiphany where all can be one mind and blood, to climb up and bring them all together.

Thoroughly unsettled, the group comes up with a plan. They just need to capture Lady Emoth and the Green Seekers have incarceration beads that they can use to entrap her. They creep into the chamber and notice that Lady Emoth has vanished, though Fearne spies her hiding in the back. Mother reveals the ability to hover in the air with the aid of five brumestone devices embedded into her bulbous body. Gus throws a fireball at her and the fight begins!

The chamber is incredibly dark, so Fearne casts daylight, a clutch action that causes their enemies to do most everything at disadvantage due to their sensitivity to the light. Chetney manages to ensnare Emoth with one of the incarceration beads, trapping her in a large amber bubble. He turns into a werewolf, to the surprise of Olly and Gus. As for the Shade Mother, her wicked stinger and poisonous acid spray make the fight incredibly precarious. Those who are poisoned are forced to attack other party members due to a legendary action of Mother’s.

With Emoth captured, the party tries to escape, but the bubble gets stuck in the doorway to the tunnel. Imogen takes the purple crystal, assuming it to have some importance. FCG pulls a lever on the machine, activating an auger that drills into a pillar. Orym takes his new magical rope and ties it around Mother’s stinger, then drops the other end of the rope into the whirring machinery. This causes Mother to get pulled to the machine, keeping her at a distance.

Ashton’s hammer strike dislodges Emoth’s bubble, with Fearne balancing on top. They all run after the bubble and into the tunnel, escaping from Mother but still chased by her shade creepers. Laudna is nearly knocked out, but her strength of the grave ability keeps her conscious. They make it to the elevator, pushing the bubble inside with half of the party in the elevator and half on top. Fearne activates the elevator by banging on the chain and as it rises, they hear the Shade Mother cry out, calling her shade creepers back. The group successfully makes it back up to the top with Emoth still trapped within her bubble.

Gus and Olly are impressed by Bells Hells work. They will take Emoth to their employer and make sure that the people in power know about Bells Hells’ involvement and that they were pawns in the obfuscation. They agree to leave werewolf Chetney off their report and will try to get Orym’s magical rope back, if they can. They reveal that their employer is Mistress Orlana Seshadri, who abhors Armand Treshi. Bells Hells convince the Green Seekers to give them honorary badges.

Imogen casts detect thoughts on Emoth, trying to figure out how much of the woman she once was is still within her. Though she can pick up on remnants of human thought, Emoth is wholly focused on freeing Mother and making everyone pay. Imogen does learn that Mother has been down in the tunnels for some time, but has only recently evolved. Bells Hells split off from the Green Seekers, but not before Olly advises them to stick to the trails while traveling in the Oderan Wilds.

As they head to the Soot and Swill, Imogen and Orym notice that FCG is acting very strangely, as his speech keeps repeating and they have trouble articulating their thoughts. He is definitely tired and needs rest. They all reunite with Pretty at the tavern and have a meal. Fearne uses the sending stone to say hi to Dorian, who has only just left. Chetney gets his own room and flirts with Fearne – she tells him that if he howls at 3am on the dot, she’ll come see him.

Orym and Imogen go to Ashton and FCG’s room, wanting to know what’s wrong with FCG and having a little intervention. FCG keeps worrying about everything going on – the Starpoint Conservatory, the whereabouts of The Nobodies, Orym’s mission, and everyone’s troubles. Orym wants FCG to start caring about themself, as he can’t take care of others to the point of self-neglect. He wants FCG to worry less about everyone else’s problems. Ashton encourages FCG to rest, that anything worth doing is worth taking its own time.

Ashton goes to see Laudna, comforting her about her rough day. They tell her that sometimes there is no lesson to be learned and sometimes bad things happen despite doing everything right. Laudna takes comfort from his words and asks if there is anything she can do for them – yes, but Ashton doesn’t know what that is, yet. He is nervous about leaving Jrusar, but excited at the same time. Having a new group helps, but that’s scary, too. The two commiserate.

Imogen takes some time to examine the purple crystal she took from the Shade Mother’s lair. There is something unnatural but familiar about it, something dark and twisted that wants to make her better. Laudna also senses something familiar about it and wonders if it’s connected to all the fey things they’ve been fighting. Imogen opens her mind to it, seeing flashes of the Nightmare King and getting a sense of ancient fey magic. It feels transmutative and changing, but alluring and comforting. She falls asleep cradling the crystal.

Chetney valiantly tries to stay awake, but he sleeps through 3am. Fearne does stay up, going to bed when she doesn’t hear his howl. The group recalls out of game that the designs of the devices in Mother’s lair were very similar to the Nightmare King’s arcane devices.

That is it for Episode 16 of Critical Role!

Anyway, catch Episode 17 on Thursday, March 17th at 7pm Pacific at twitch.tv/criticalrole and on youtube.com/criticalrole AND in select Cinemark, Landmark, and Cinépolis theaters in the US and Brazil to celebrate CR’s 7 year anniversary, or a week later on our podcast! For more information on our anniversary celebrations, head to critrole.com/seven! Is it Thursday yet? 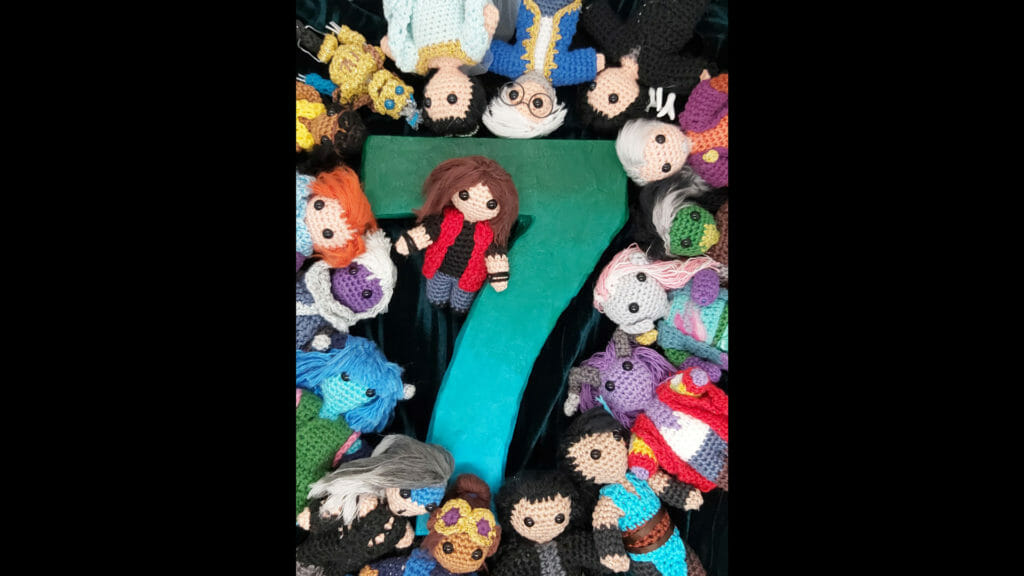