Hello! Welcome to Critical Recap! In honor of the return of Critical Role and Episode 100 this Thursday, I (Dani Carr, CR Historian) will be distilling all 99 episodes of Campaign 2 into four digestible recaps! Join me in recounting the exploits of the Mighty Nein (so far) with this look at Episodes 1-26! The year is 835 P.D. in the continent of Wildemount. The Dwendalian Empire has absorbed the whole of Western Wynandir. Within the Empire is a town called Trostenwald, and within that town’s tavern, seven very different people have just come together. Eventually, they will form The Mighty Nein, a powerful adventuring party that will face down would-be gods, tangle with underwater monstrosities, and uncover the secrets buried behind an intense political turmoil between nations.

But for now, they are simply seven ne’er-do-wells who have been invited to a circus. However, that dazzling circus show involves an elderly man in the audience turning into a zombie and attacking the crowd. Our band of motley assholes, which includes:

Well, they spring into action and save the day. While investigating the circus, it becomes apparent that Kylrie, the devil toad, is a fiend who has been draining the life force of Toya, the young dwarven girl he performs with. The adventurers slay Kylrie and free Toya, proving to the Lawmaster in a midnight trial that the circus as a whole was not responsible for the attacks. Meanwhile, Beau encounters her former Cobalt Soul teacher and gets a new teacher, Expositor Dairon, who begins to secretly instruct the wayward monk in the ways of espionage. Our band of misfits realize that they rather enjoy working together and decide to brave the dangers of the open road as a team, though Yasha stays behind. They set out for Zadash, in hopes of eventually finding their way to the Soltryce Academy in Rexxentrum so that Fjord can uncover the mysteries of his new magical powers and his unusual falchion. Fjord has been experiencing strange dreams in which he is underwater and sees a large yellow eye that promises him rewards – which is par for the course for a warlock, reluctant or not.

On the way, they save the town of Alfield from a pack of vicious gnolls. Watchmaster Bryce Feelid asks for help in rescuing their kidnapped villagers. Delving into an abandoned mine, the group finds an ally in Shakäste, a blind vigilante cleric who sees through the eyes of his hummingbird familiar. With Shakäste’s aid and Nott’s daring, they disrupt a ritual involving human sacrifices, defeating a manticore, the Yeenoghu-worshiping gnolls, and their human priests. They return to Alfield with the surviving villagers and give Bryce their new group name: The Mighty Nein.

Freshly christened, the Mighty Nein return to the Amber Road. Jester tells them all about her mother (a courtesan known as The Ruby of the Sea), Jester’s banishment from Nicodranas due to a practical joke, and her search for her father. She also explains a bit more of her bff relationship with her strange deity, the Traveler, who visits her in person. Arriving at the city of Zadash, the Nein reunite with Yasha in the bathhouses. They then meet Enchanter Pumat Sol, a firbolg shopkeeper with three simulacrum, and the Knights of Requital, a rebellion that is plotting to rid the city of its crooked officials. Ulog, of the Knights of Requital, requests the party’s aid in their cause. They agree, enacting a plan to oust the High Richter. Unfortunately, it ends in a confrontation between Fjord and Caleb and with Ulog sacrificing himself to kill the High Richter. When the party flees the crime scene, a separate attack on the Zauberspire distracts the Crownsguard.

The Nein escape to the sewers, stumbling upon one of the spire’s attackers – a drow soldier from the Kryn Dynasty. He carries a large dodecahedron, which he’d taken from the Zauberspire in order to return it to his people. The group decides to let him go with his prize, but he is quickly killed by the Crownsguard. The Nein then steal the beacon back from under the Empire’s nose.

The Knights, primed to place one of their own within the city officials, now must get one member, Horris Thrym, out of the city safely. The Nein look for the Gentleman, a name that keeps popping up in their travels. Upon finding the crime lord’s base of operations, they impress the Gentleman, a water genasi, through a dice game and their own pluck. He agrees to ensure safe passage for Horris to Berleben and help clear the party’s name of the High Richter’s murder if the Nein will inspect and clear out his newly discovered, abandoned research facility. While at the Gentleman’s, Molly is recognized by a tabaxi woman named Cree, who calls him both ‘Lucien’ and ‘Nonagon’. Molly, however, doesn’t recognize the woman at all. He confesses to the group that he awoke in a grave two years ago with no memory of his past and has no desire to know the man he once was, being happy with the life he has now.

The Gentleman’s task involves traversing an underground river to find the abandoned facility. They successfully empty it of monsters, including the soul of a mad mage, and return to the Gentleman, who is pleased with their work. Later, the group experiments with the dodecahedron, with Caleb uncovering its ability to produce a Fragment of Possibility (essentially a Luck roll) to anyone who stares into the beacon’s depths.

After enjoying the Harvest Close Festival and meeting a powerful mage named Trent Ikithon, Caleb reveals to Beau and Nott that he attended the Soltryce Academy when he was young and that Ikithon was his former teacher. Ikithon brainwashed Caleb into thinking his loving parents were anti-Empire, manipulating Caleb to murder them by burning their house down. The action caused him to ‘break’ and he spent a decade in a sanatorium before a mystery woman restored his mind. Caleb now seeks atonement for his sins. 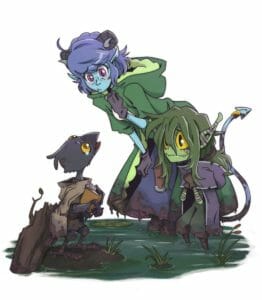 The next day, war is officially declared between the Empire and the Kryn Dynasty in Xhorhas. Offered work by both the Lawmaster of Zadash and the Gentleman, the Nein choose to align themselves with the morally grey Gentleman. They accept both his job offers, the first being in the Labenda Swamp. While traveling, Nott opens up about her distaste in being a goblin and her life as a torturer’s assistant. She mentions a halfling man that she befriended, Yeza, before she ran away from her tribe.

Upon arrival in the swamp, Jester rescues an orphaned kenku child named Kiri. Unsure what else to do with her, they decide she’s safer with them for now. Next, they meet a half-elf sorcerer named Calianna, who helps them secure the Gentleman’s safehouse. The party assists her in destroying a dangerous artifact of Tiamat, though not without some dissent among the group.

Beneath the safehouse, Fjord finds a mysterious yellow orb that his patron forces him to absorb into his body through a vision of his mentor and captain, Vandran. Though he suffers no ill effects, the experience confuses both him and the party, who watched him do it. He opens up to the Nein about Vandran and the night his ship exploded on the sea due to a fellow crewmate’s sabotage. Now onto their second task for the Gentleman, the Nein begin their trek to Shady Creek Run. They stop in Hupperdook, a town of industrious party gnomes. Beau tells Nott about her family of winemakers and how her controlling father sent her away to the Cobalt Soul. They assist a tinkerer in destroying his deadly invention and reunite a family, saving their children from being sent to an orphanage. They say a fond farewell to Kiri, who stays behind with this family.

Upon leaving Hupperdook, Yasha, Fjord, and Jester are kidnapped by slave traders in the night. When the others search for them, they meet Keg, a dwarven fighter who reveals that the slave traders are known as the Iron Shepherds. They hatch a plan to save their friends, but this plan goes horribly wrong. The ensuing fight results in the death of Molly by the Shepherds’s leader Lorenzo, who only leaves the rest alive due to his desire to ‘teach [them] a lesson.’

That is it for today’s full campaign Critical Recap! I’ll be back tomorrow with Episodes 27 – 49. Is it Thursday, yet? 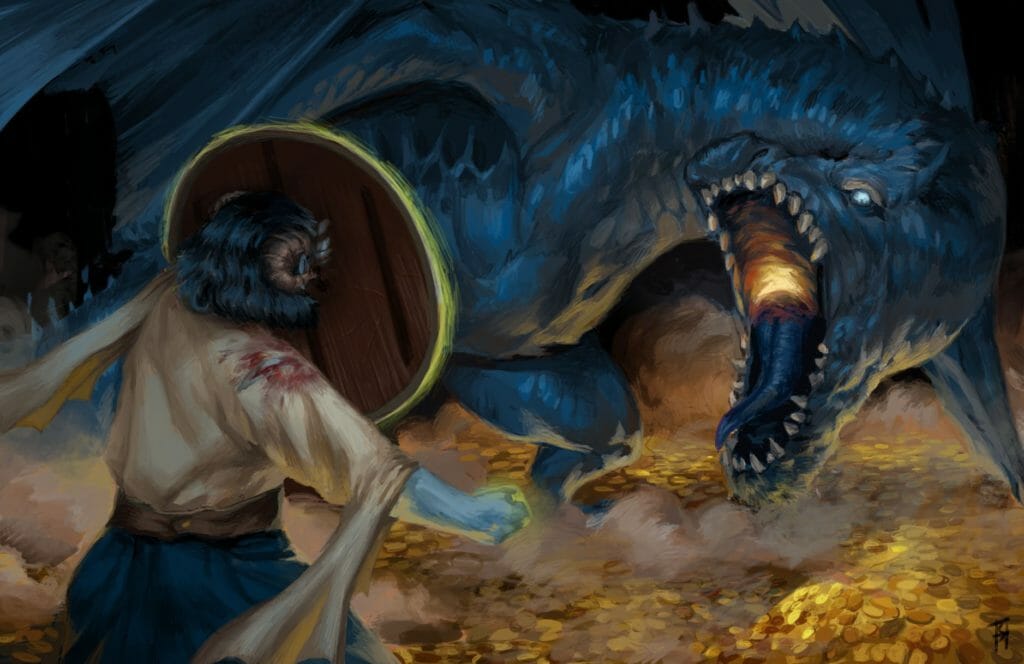