Now back on the skyship and heading towards Jrusar, Bells Hells release Armand Treshi from the portable hole. Treshi tries to bribe them, but his offer of 10,000 gold is not enough to tempt them. Imogen casts detect thoughts on him, seeing him working with Otohan in regards to the shipments across the sea. She senses his deep fear of Otohan and the death-obsessed Paragon’s Call, and his quiet relief at returning to Jrusar alive.

Treshi is locked in the mold storage room and the group discusses what to do next. Their priority is finding a way to resurrect Laudna, then go to Yios to learn more about Otohan. They have a few possible allies to contact about resurrection. Imogen messages Keyleth, letting her know what’s transpired. Keyleth has business in Vasselheim, but she can meet shortly, so pick a tree. Orym explains that Keyleth can travel via tree.

FCG contacts Jiana Hexum, just to see if she could be of any help at all. Resurrection would be difficult, but she has some ideas. They could discuss it together. The group knows that Jiana will want FCG in exchange for her help. FCG is willing to do it for Laudna, but Ashton refuses. No one will be left behind, not ever, and FCG is not a bargaining chip. They head to bed and Chetney goes out to the deck. He howls uncontrollably at Ruidus, then sees his fingers grow wolf fur that disappears. He returns to bed.

The next day, a powerful sandstorm hits. The skyship rides low over the ground but the wind rips two of the sails and in the chaos, everyone but Ashton and the crew are sent flying into the sand. The storm eventually passes, but everyone is scattered from each other. Fearne screams and plays her pan flute to call the group to her, and while this does result in everyone reuniting, it also gets the attention of a monster beneath the sand.

Fearne and FCG sink into the ground, but Imogen casts fly on herself and FCG, rescuing him. Orym switches with Fearne, kicking her out of the sand pit but finding himself in the monster’s mandibles. Imogen flies down to rescue Orym, but his shield is stuck in the creature’s mouth and Orym refuses to leave without the shield. Fearne rescues the shield with her telekinetic ring and the group returns to the skyship, which has flown down to retrieve them.

The skyship can still fly, especially after some repairs to the masts from Chetney and the crew. They keep traveling, though another storm hits the next day. This one allows them to ride the wind currents and actually assists them on their voyage. With the rest of the journey uneventful, Bells Hells return to Jrusar.

The group goes to Lord Eshteross’ manor, which is even more booby trapped than usual. They show Eshteross that they have Treshi in the portable hole, pleasing him. They can either take Treshi to the wardens in the Core Citadel or to Mistress Seshadri in the Chandei Chambers. Seshadri is the one spearheading the investigation and is offering a bounty for him. That would bring them money, but attention, as well as a possible favor.

Eshteross does not have the ability to resurrect Laudna, but he does have a connection that could instantly transport them somewhere if they find someone who can perform the ritual. Eshteross gives them a reward of nearly 800 platinum. Imogen messages Keyleth, who says she is nearly finished in Vasselheim and will do what she can. Orym explains that when he lost his husband and father-in-law, their attempts to revive them failed due to something about the nature of the attacks.

They decide to keep Laudna’s body at the manor and Imogen tells Eshteross about their Ruidus knowledge. They mention the involvement of Jiana Hexum and the Cerberus Assembly, the Dwendalian Empire’s powerful mages, which surprises and frightens Eshteross. The Assembly’s involvement means things are more dangerous than he expected. Eshteross will do whatever he can to support them, and Bells Hells in return give him an overview of Otohan’s skills, so he can be better prepared if she attacks.

Bells Hells decide to deliver Treshi to Mistress Seshadri, since it allows them to possibly gain a favor and will make Eshteross look good. They meet with her at the Chandei Chambers and hand over Treshi, who is taken away by her guards. Seshadri confirms that Artana Voe was one of her bounty hunters. They reveal that the Nightmare King, a name Seshadri recognizes from the Apex War, was working with Treshi to incite chaos around Jrusar.

They confirm that the Paragon’s Call no longer has any foothold in Jrusar, but when they mention the Cerberus Assembly’s involvement in the faction’s work, they realize they have no hard proof to show Seshadri. She will, however, take everything they’ve said into consideration. She pays them their bounty, about 12,000 gold, but she has no ability to help Laudna. Fearne tries to see if Seshadri knows anything about the apogee solstice, but the words mean nothing to her.

THE POSSIBILITY OF POTENTIAL

After getting rooms at the Spire by Fire for the night, Ashton requests that Imogen and FCG take a look inside their mind to see what happened, as he believes he is missing time and memories. Imogen and FCG push into Ashton’s memory of the night the Nobodies broke into Jiana Hexum’s house. They see the night again from Ashton’s perspective – the crates, the crystal vial, the glowing orange sigils, the detonation, and Ashton falling from the balcony.

When they push deeper, Imogen is strangely cut off by glass, while FCG continues to see everything from Ashton’s perspective. FCG sees Milo attempting to save Ashton’s life and pour the gravityless contents of the vial into the wound. When they do, Imogen sees the glass fill with gray, then become a starry landscape. She finds herself floating in the stars, then sees various versions of Ashton, all different lives, and none the individual she knows.

FCG finds themself surrounded by fractured glass as well, still inhabiting Ashton’s body. FCG realizes that Ashton is in constant pain everywhere the gold inlay sits in their body. There is strength, but there is pain. There is pain, but there is strength. FCG and Imogen can see each other through the glass and they both try to find a way out together. The glass begins to break and finally shatters when Imogen commands Ashton to wake up.

Ashton, Imogen, and FCG all awaken in their own bodies, back with their friends. Orym, Chetney, and Fearne explain that Ashton’s nose began to bleed heavily and they could see two tiny, shadowy shapes inside Ashton’s crystal brain. They realize that Milo poured a potion of possibility into Ashton and it connected him to some sort of pathway of existence. Imogen was seeing all of their possibilities, their potential lives. Ashton believed that Hexum was responsible for their mind somehow but now sees it was all just random chaos. FCG thinks it’s all potential.

Later that night, Imogen casts sending to Delilah, asking her how to bring Laudna back. Delilah’s response is faint. She tells Imogen to do whatever it takes and that it won’t be long now. Delilah is fading and she will take Laudna with her. In the morning, they take Laudna’s body to the Parlor of the Collective of Bodhan, an interior forest, to find Eshteross’ contact, a gnome named Manaia Turei, who is the overseer of the treescapes.

When Manaia asks where she can send them, Imogen reaches out to Keyleth, just as Keyleth attempts to determine their location. She learns that they are in Jrusar and shortly arrives via one of the closest trees. Keyleth is a half-elven woman wearing a mantle of autumn leaves and an antler circlet. They show her Laudna and she decides to take them to someone who can help. Keyleth guides them through another tree portal to the city of Whitestone.

That is it for Episode 35 of Critical Role!

Catch Episode 36 on Thursday, October 6th at 7pm Pacific on twitch.tv/criticalrole and on youtube.com/criticalrole or a week later on our podcast. Is it Thursday yet? 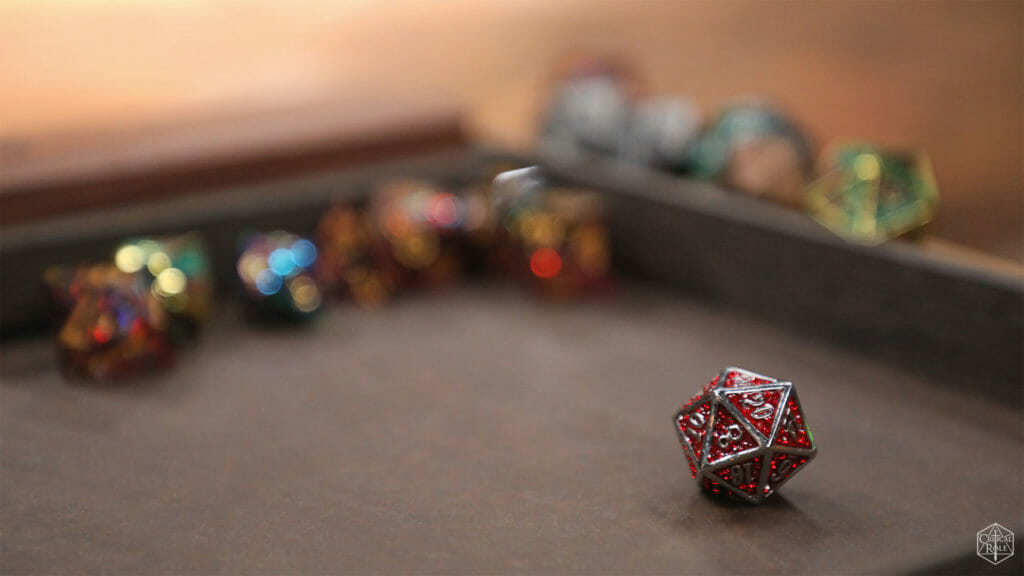