Critical Recap: Critical Role C2E138 “Where There is a Will…”

Hello! Welcome to Critical Recap! I’m Dani Carr, the Critical Role Lore Keeper. Let’s dive into our recap of Critical Role Episode 138 Where There is a Will…!

VESSEL OF THE PATTERN

Moving quickly, Jester dimension doors herself and Caleb into the threshold vault while the rest of the Mighty Nein handle Cree. The crest is being held in the ceiling, so Caleb disintegrates the lining surrounding it, but flesh tendrils catch it before it falls too far. Jester transforms into an ape and lifts up Caleb so he can cast immovable object on the crest. This stops the crest in mid-air and buys them more time to get it away from the flesh trying to pull it back into place.

Meanwhile, the others battle Cree, who telepathically calls out to Lucien for help. When Yasha kills her, Beau and Caleb hear as Lucien telepathically replies to Cree that he needs her to hold off the Nein just a little longer. He turns her into a Vessel of the Pattern, her body transforming into a monstrosity of flesh and teeth and eyes. As the Nein fight this new version of Cree, Fjord, Veth, Caduceus, and Essek all see patterns and fractals within her form. When Beau sees them, she recognizes the patterns from the original tome that Lucien allowed her and Caleb to read.

It is Veth who manages to end the Cree monster, her bolt doing double damage with Cad’s assistance. The group quickly realize that Fjord, Veth, Caduceus, and Essek all now have one red eye each from looking into Cree’s patterns. Jester and Yasha are the only ones who remain red eye-less and everyone who has a red eye can communicate with each other telepathically. They recover Cree’s amulet, as well as her cape and her satchel of blood vials.

The others join Caleb and Jester in the threshold vault. Caduceus casts blight on the flesh tendrils, releasing the crest and allowing Caleb to move it. After a conversation about their options, the Nein decide to plane shift the crest away to the Plane of Fire, which Caduceus does. Now Lucien can no longer bring Cognouza to Exandria, but they still have to deal with the Nonagon himself. They need to rest, but they’re out of time.

Jester asks Artagan about the Feywild’s time differences and wonders if it would be possible to plane shift there for a rest. He could try, but he can’t guarantee how much time would pass or if they’d be able to get back to Cognouza. It is then that Essek speaks up, offering to use the mini beacon that he took from the rejuvenation terminal to give them a long rest in a matter of seconds. It’s dangerous, but possible, and he requires Caleb’s help. Though there is trepidation from some, the Nein agree to let Essek and Caleb try.

Essek draws dunamantic circles on the ground and he and Caleb focus on the mini beacon. Essek tears reality, folding the tear and wrapping it around the stone, which shatters. Reality briefly cracks, surrounding them in darkness and stillness. But then their vision returns, and they each feel as if they have received the best night’s sleep of their lives. The Nein get a long rest.

Mere seconds have passed, so they take a few minutes to identify some items and trade things around, like new armor for Caduceus and a new crossbow for Veth. Caleb casts mind blank on himself, to hopefully prevent Lucien from penetrating his mind. The Nein know that Yussa’s astral self is somewhere in Cognouza, so Beau meditates, tapping into the city’s consciousness to try to find their friend. She can sense the fractals and the tunnels that converge in the center of the city below – the Somnovem’s core.

For a moment, she wants to let the Somnovem’s power take over, but she pushes away from their influence and finds Yussa a mile away, wandering aimlessly on the streets. Beau senses something notice her, so she disconnects and informs the others. However, an eye begins to give chase, so the Nein race back to the surface of the city. But the voice tells them to wait, asking where they are going.

This is Gaudius, who can sense the love that has brought them here. While everyone else searches for the Nonagon, Gaudius seeks the Nein. Gaudius wants to bring their love to everyone, to have them all come together, but Fastidan and Culpasi allow their shame and disgust to rule them, seeking to maintain the separation of life in the cosmos. Gaudius asks the Nein to find Fastidan and Culpasi in the Aether Crux and separate them from reality. The Aether Crux is where the Somnovem join together. Fjord convinces Gaudius that the Nein will carry out this request and Gaudius leaves, pleased.

They debate whether they should head directly to the Aether Crux or look for Yussa and attempt to free him. Veth points out that their one goal is always to help their friends, so they choose to go find Yussa. Beau leads them to the correct neighborhood, where they find Yussa’s astral body, his face a vacuous hole. Caleb can see the silver cord that represents his connection to his body and casts banishment to send Yussa back to the material plane. Yussa thanks Caleb, relieved, as his spirit is pulled back along that cord. Yussa is freed!

It’s time to journey to the Aether Crux. Beau thinks they can attempt to imagine themselves there, projecting an image of the Aether Crux into Caleb’s mind. The two meditate together, with Beau reconnecting to the network. The floor opens and a tunnel appears, willed into existence. But the process gave Caleb a fourth red eye. The Nein traverse down the lightless, direct tunnel until the walls eventually widen into stone and flesh, brick and eyes. The deeper they go, the harder it is for Cognouza to keep together the idea of what it’s supposed to be.

Eventually, they see a pulsing red light ahead. The tunnel gives way to a massive, aorta-like chamber made of errant rock and towers and buildings. The center of the city. The Aether Crux. In the middle sits a tall column, which holds a bulbous nest of nine faintly glowing orbs, stretched like tendons across the column. There is no sign of Lucien, but red lights begin to travel the tendrils and into the column, lighting up the orbs. This is the Somnovem Omega, the nine minds speaking as one. They welcome their children, telling them they walk the path of the Nonagon and that the Somnovem will teach them to manifest their desires.

The Nein talk to the Somnovem, learning that they believe that dreams are the mind testing its limits. The soul should be set free and not bound by a body to be collected by idols. They believe it is the right of all souls to know their joy and to be rewarded for running the divine maze of false gods. They are a new plane of existence and the next step of evolution of life and spirit. But they are missing their harbinger – the Nonagon. Will the Nein bring him to them? It is strange that he is hiding when he is to open the door for them.

As Caleb agrees to search for the Nonagon, they hear Lucien’s voice from the other side of the chamber. He’s glad they came and thanks the Nein for distracting the Somnovem for him. Lucien has ten glowing intuit charges, pooled into a floating, pulsing pile. He summons a flesh throne for himself to sit upon while explaining. The Somnovem had created an unstoppable miracle, but they were rudderless and jealous, impotent. Lucien once saw them as gods, who he gave everything for, but when he died and was put back together, he saw their fallacy.

They were geniuses who were now reduced to bickering toddlers. Lucien refers to himself as the much-needed parent, coming in to discipline the children. It is time for him to take the reins by force. He tells the Nein to run. The intuit charges glow and Jester casts earthquake as the Nein run. The city begins to come down around Lucien, who laughs and laughs and laughs. The flashes go off behind the Nein, who are out of range. They can feel the city flex as the Somnovem are bombarded by psychic energy until all is quiet.

That is it for Critical Role Episode 138!

Anyway, catch Episode 139 on Thursday, May 20th at 7pm Pacific on twitch.tv/criticalrole and on youtube.com/criticalrole or a week later on our podcast! Is it Thursday, yet? 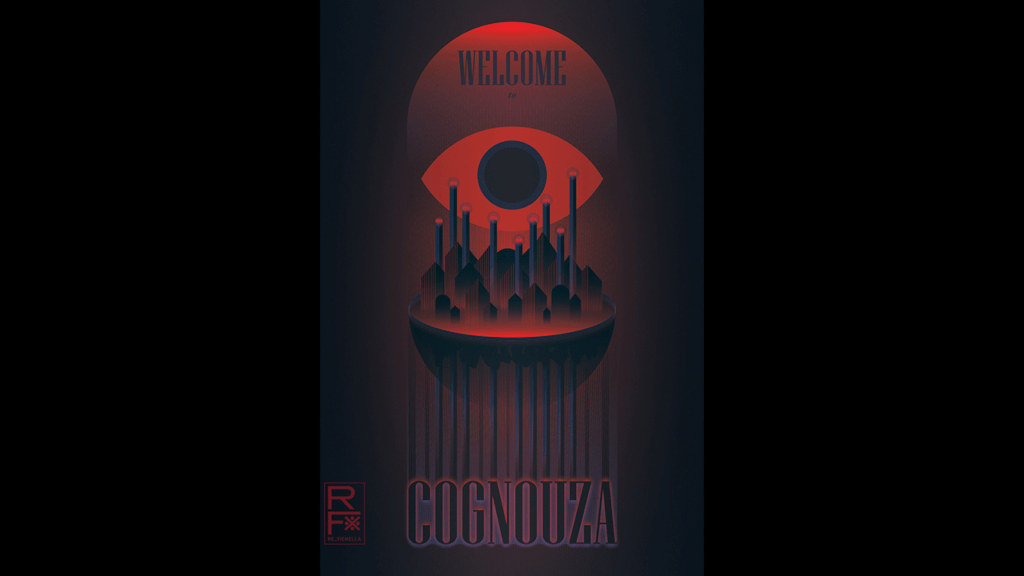