The party continues on their adventures!

A Sneak Peek at Next Week!

As a reminder, we’re taking the last Thursday of every month off from our Campaign 3 adventures. Some months we’ll have other programming to fill the gap, and others we’ll enjoy a short rest. Next week, we’ll fill that space with our special Guest Battle Royale that was unlocked during The Legend of Vox Machina Kickstarter campaign. The battle royale will be GM’d by Sam Riegel and is sure to be a wild ride.

Five warriors are plucked from Exandria’s timeline and forced to fight in an alternate reality TV show — Garyon Garrington’s Plunder Games. The last contestant standing will be awarded one use of the Wish spell.

Will Friedle as Kashaw Vesh from Campaign 1: Vox Machina

Sumalee Montano as Nila from Campaign 2: The Mighty Nein 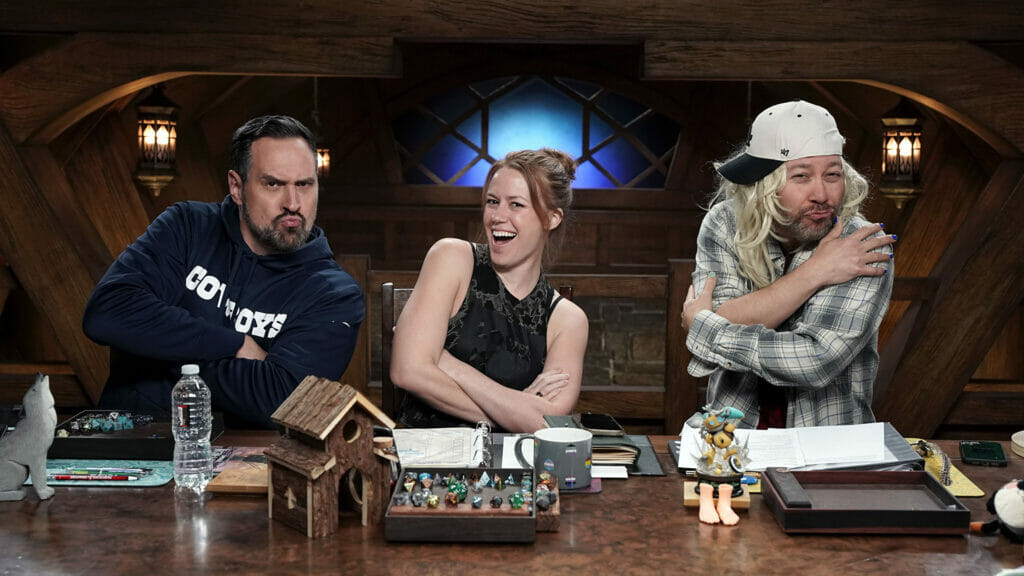