Time to dial up the punk.

I actually began this playlist WAY before I had a solid idea of Ashton. Since I seemed to be burning through every subculture I was surrounded by in the early 90’s, I naturally got to wondering what punk would look like in Exandria. It turns out that the answer to that is VERY complicated, and honestly I’m just now starting to feel like I’ve got a handle on it. Because of this, a lot of the songs will be either very broad in character theme, ridiculously specific, or connected to undisclosed backstory.

I’ve picked through the 11+ hours of my main playlist, and I swear I’ve done my very best to make this as accessible as possible with a large helping of punk adjacent rock/funk/pop/indie/pre & post to break up a tiny taste of the real shit. Ashton playlist #2 will probably be a lot harder to get through if you discover that loud and angry is not your vibe.

Let the World Turn by Death

Detroit “punk before punk” band Death brings a Pink Floyd style psychedelic euphoria before smashing it with a guitar shaped hammer. Also, If you don’t know the crazy story of this band, it’s worth a google. They even have a documentary. Enjoy.

LA’s own 80’s clusterfuck of a band. Not to be confused with a completely different band that took the name because they assumed the original band was long gone.

Australian punk cover of a Bee Gee’s disco classic. Fuck you, that’s why.

Garbage Man by The Cramps

You’re either shit or the shit.

Beat on the Brat covered by Weird Al Yankovic

I love weird covers, and this is a surprisingly heavy accordion take on the Ramones classic. Punk accordion. I’m as shocked as anyone. This cover comes from the amazing compilation album “Dr. Demento Covered in Punk”. Very much worth your time. ALSO: My favorite live performance of this song involves Joey Ramone swinging a baseball bat around before letting it fly at the end of the song.

Won’t you be my Neighbor Covered by Mr. Bungle

California produces some crazy-ass bands. A far more layered ode to the magnificent FCG than one would suspect. Fun Fact: This was the very last mosh pit I was ever involved in. My knees still hate me.

Confidence without ego is relentlessly attractive.

This is what passes for a lighthearted Dead Kennedys song. Boy it is absolutely depressing how relevant this band still is. Fresh Fruit for Rotting Vegetables is an album that makes you want to scream bloody murder at the moon.

Swedish Punk-Pop-Whatthefuck. I debated between this and Jesus I was Evil by Darcy Clay, but this won the coin toss, so Darcy will show up next time. Great for a “driving with the window open blasting music like an ass” playlist.

Mostly known for his film compositions these days, Danny Elfman has recently started writing songs again with a sound that is definitely reminiscent of his youth spent making batshit experimental musical theater. If you want to be scared for life by nightmare body horror, I strongly recommend the music video. Oh yeah, almost forgot: Fuck Happy.

This is the overly literal song that I swear has a deeper meaning, With that said, Blondie is an amazing band, and Miley rocks it so fucking hard. I if I were 30 years younger I would hate her music despite having never heard it because I was stupid and insecure.

Beat my Head Against the Wall by Black Flag

Black Flag and Henry Rollins in particular had a lot of influence on both the creation of Ashton and my younger self.

Halfway Home by TV on the Radio

Post punk band mostly known for “Wolf Like Me,” this is one of those songs that triggers a sort of out of body elation. 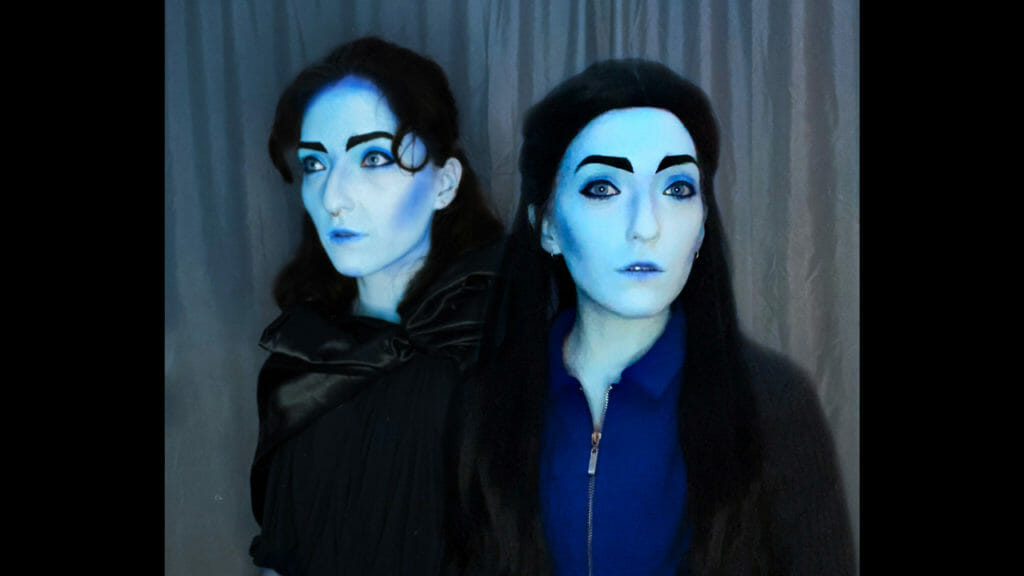