Okay, so the title is a slight lie. There may possibly be a few bonus quotes in here, because 100 quotes are not enough to capture the chaos, sentimentality, angst, and humor of these walking disasters, and deciding on only one per episode got really hard and who needs to adhere to their own made-up rules? Sorry, not sorry.

Although these quotes are out of context there may be some slight spoilers for the campaign based on both characters and content. Also, some of these quotes might hurt… You’ve been warned.

“Is that a natural thing for you guys to just attack each other in moments of stress?” – Fjord

“I’m the cleric?! I’ve never traveled with a bunch of people I thought would die in front of me!” – Jester

“Yeah. The world does need an asshole.” – Beau

“Well, my social anxiety is getting the best of me. I’m taking a walk. Goodbye.” – Caleb

“I think that the bust of a tiny, curly-headed 120 year old woman needs to slam its way into the torso of that manticore.” – Shakäste

“I don’t normally speak with the dead on a first date, but we’ll think about it.” – Molly

“What if we kill all of Pumat Sol and come back and rob this place.” – Nott

“I’m always ready to make a damn fool of myself.” – Molly

“It’s a collection of crazy tales about this weird fella.” – Pumat

“I mean, I don’t want to impose… But I’m bleeding profusely.” – Nott

“Two shit throws in a row. It can’t get any fucking worse.” – Fjord

“Welcome to the Mighty Nein!” – Kiri

“One thing that I have realized today is that I need to work on my interpersonal skills and friendship making. So try not to cut up my face, okay?” – Caleb

“Hi, Mom! I got a new spell. I want to say thank you for the package you sent me. I know that it was really–” – Jester

“I’m trying to be nice. This is as painful for me as it is for you. Just give me five seconds.” – Keg

“I could check my smell bag, but I trust you right now.” – Nila

“To the Tealeaf… Now to our new tealeaf.” – Beau

“I think what his holiness is trying to convey is that he will be going on a spiritual journey, and there’s only room on that train for one dude!” – Nott

“Sometimes boys like it if you are a little bit aloof, a little bit cold to them afterwards, like maybe they did something wrong, and they don’t even know what it was.” – Nott the Greatest at Advice

“Well, as Honda, I would race to the apricot and seize it so that she can’t pick that fruit. Keep it for ourselves in our fruit basket, and make off and decide if we’re going to make marmalade later or not.” – Fjord

“Alright, let’s treat this situation with all the seriousness it demands.” – Caleb

“What, you don’t want a unicorn pooping on his face?” -Fjord

There was no choosing between these two.

“Are you secretly in love with me?” – Jester

“Now, Jannik is number two cat. You are number one. You are in charge. You just… dress to impress, okay?” – Caleb

“What happens when a moorbounder enters a feline beauty contest? It’s a cat-tastrophe!” – Nott

“You don’t get to talk anymore.” – Fjord

“Don’t let the irons be your strength.” – The Storm Lord

“You pick and choose your fights. Me? Best not give in to a man I can crush with one hand.” – Wursh

“There’s a dick hidden somewhere in there.” – Jester

“Back up a little bit. So we met at like a circus. It was a crazy night. But after a while, yada yada–” – Nott

“Man you made vulnerability look so easy.” – Beau

“Well I’ve always learned that the best way to deal with your problems is to run away from them.” – Yasha

“And I know that you lost your family, but we can be your new one and we love you very much, Yasha, no matter what happened. Okay?” – Jester

“I’m sorry. I was trying to do the thing. Like, I killed my family, I’ll throw you under a bridge.” – Yasha

“I don’t mean to raise my voice.” – Caduceus

“This is precisely the sort of attitude I’ve been saying everyone should be having. This is what I’ve been waiting for. This is great.” – Caduceus

“The rule is that evil dies.” – Reani

“Hey everybody, don’t mean to intrude. Obviously, there’s a lot going on here, but we’re going to be sort of walking around for probably the next couple days and there’s some other people wandering through the swamp forest right now that are… they’re bad business. They’re probably going to do a lot of damage, possibly a fire, who knows? But we’re trying to take care of that. If there’s any ruins around, if you’ve seen any like tall man-made structures slowly collapsing anywhere around here, we’d really appreciate a helping hand and we’ll try our best to stay out of everybody’s way. Especially if there’s any birds, hey up there. If you’ve seen anything, we’d love to just get in and out with as little hassle as possible. Thanks, that’d be great.” – Caduceus

“You know the concept of gravity was first discovered by a Xhorhasian wizard known as Iz-aak Newton.” – Beau

“But I would rather you put your faith in me for something more important than my curiosity. Let’s go the other way.” – Caleb

“It’s better to have somebody’s word broken than to have no word at all.” – Caduceus

“We will trust you if you tell us who the members of the Tal’Dorei Council are.” – Fjord

“It’s entirely off-putting how disarmingly charming you are. I genuinely do not know how to react. Take that as a compliment.” – Martinet Ludinus Da’leth

“Many fairy tales with an old crone in the woods.” – Caleb

“Have you ever had a blueberry cupcake?” – Jester

“Nothing happens for a reason. It’s absolute fucking chaos.” – The Traveler

“I’m asking you to open your heart to chaos.” – Jester

“You were not born with venom in your veins.” – Caleb

“Captain, we’re being followed by a tiny island.” – Caduceus

There you have it! 100+ out of context quotes to celebrate 100 episodes of adventuring with the Mighty Nein. Tune-in TONIGHT — Thursday, July 2nd at 7pm Pacific for Critical Role Campaign 2, Episode 100 on twitch.tv/criticalrole.

Need to find a Critical Role quote or moment that’s been itching at the back of your brain? Critter Stuart Langridge (@sil) put together a website that makes episode transcripts searchable! It’s truly incredible and would have saved the writer of this article a lot of time had it come just the slightest bit sooner… Oh well — Check it out and find you favorite moments at https://kryogenix.org/crsearch. 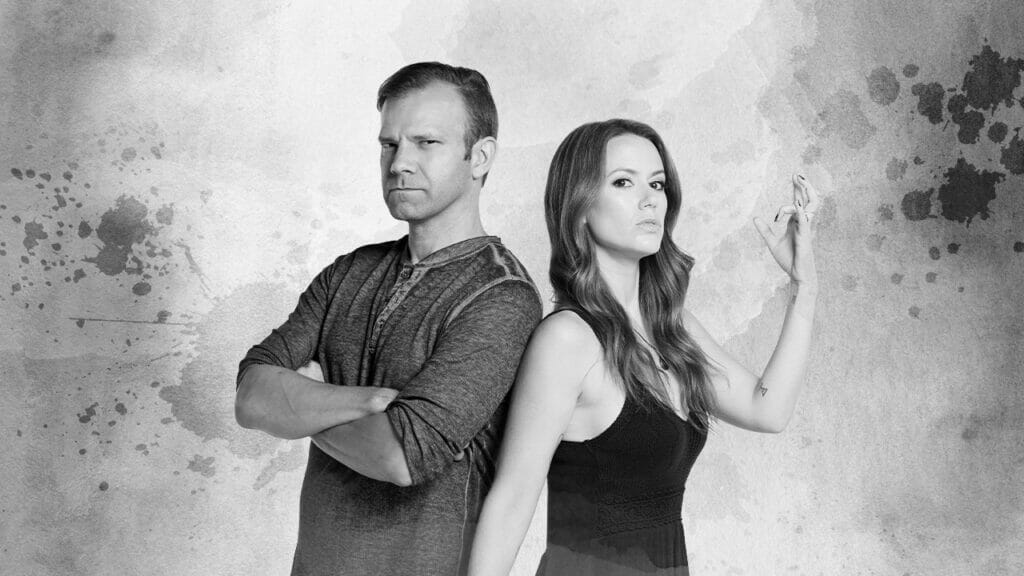